ADMINISTRATION FEES WHEN BUYING A HOME AT AUCTION 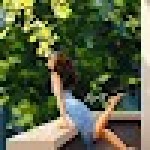 The payment daciones must be in peace and safe with the administration of the complex or building.

When the properties are in the power of the financial entities that seize them, they must assume payment of the expenses ”, notes the lawyer, an expert in horizontal property.

A person who bought an apartment in a closed complex during an auction, states that both he and two other owners have been charged for debts of administration fees that the previous owners had, saying that they only began to cancel them from the moment they They gave them their private unit, which he rented with the aggravating circumstance that the tenant had several services suspended and he wants to return the apartment.

Am I obliged to cancel the amount owed? (I recently learned from the press that the Constitutional Court ruled in the sense that people who acquire in the same way are not solidarity with the owners who incurred in default)

In such a way that in the case of units acquired at auction, several lawyers believed that at any time the administrators could collect the debt from those who acquired them. We support this based on the fact that, as well as ensuring that the property does not have debts for services The public had to be diligent in finding out, beforehand and before the court or the building administration, if its previous owner was up to date on his payments. This without prejudice to the rigorous actions against the administrator to establish his negligence in the collection or for not having participated as a creditor.

Other lawyers believed that the money not collected on time was lost or paid by the administrator who had not made the collection on time, since the property had to be delivered in good health and the purchaser had not used the goods and services that generated the debt.

Law 675 cleared up doubts in this regard and enshrined several provisions to protect, not only the purchasers and users of any title, but also the other owners, especially since the effectiveness of the horizontal property regime and the work of the administrator depend, to a great extent, Part¿ of the owners complying in a timely manner with the ordinary and extraordinary common expenses.

The Law establishes the solidarity that exists between the previous owner and the new owner with respect to the payment of expenses not paid by the former, at the time of carrying out the transfer of ownership rights.

Additionally, it is ensured by adding the duty of the notary to demand a peace of mind from the administrator when processing the domain transfer deed. If it is not obtained, you must record this and the solidarity of the new owner for the debts that exist with the administration.

The Constitutional Court has already ruled on the enforceability of this article and made a detailed analysis (Sentences C-408 of 2003 and C-376 of 2004). The Law will also determine the solidarity between the owner and the holder in any way, in the case of the payment of ordinary expenses.

This means, as in the case of the auction, that the person must find out about the debts of the owner of the property, otherwise they are jointly and severally paid; even more so when you decide to acquire, lease or receive an asset in any way (such as adjudication in liquidation of a conjugal partnership, inheritance, donation).

About the sentence mentioned by the consultant

• According to lawyer, this corresponds to a ruling made by the Constitutional Court when reviewing a ruling of the Supreme Court of Justice within a guardianship action instituted by a person who acquired an apartment at auction.

• He was informed by the kidnapping that he would only pay the fees from the delivery of the apartment, since those owed before would be paid by the court; in such a way that the action was directed against the latter.

• In addition to recalling the provisions of the Law, and the previous judgments, the Court states that the plaintiff cannot claim as an excuse for not paying that he did not know of the existence of the obligation, since the kidnapping informed him.

• Although the Court admits that the administrative bodies can take the measures it deems necessary to guarantee the maintenance of the common assets, in the specific case it must be taken into account that the debt was previous and the executive process that must establish whether the person who acquired at auction is in solidarity with the payment of the debt.

• The Court did not accept, as has been erroneously said, that the new owner should be exempt from paying, but warned the Council not to sanction him until the civil judge did not define who would be responsible for paying the arrears.

In short, the owners and holders are joint and several in the payment of previous obligations, without prejudice to the decisions of the judges, taking into account specific circumstances in particular processes.

I am a writer

Never Underestimate The Influence Of For Eyes Eyewear

How Important a Finance Manager for a Business?