All About Extraoral Bitewings 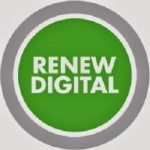 There are many different types of X-ray images that can be taken to assist dental professionals in diagnosing and treating a wide range of conditions. Among these are bitewing X-rays that can be useful for identifying decay between teeth and changes to bone caused by periodontal disease.

What Are Extraoral Bitewings?

Extraoral bitewings are captured outside of a patient’s mouth using digital panoramic sensors and a panoramic X-ray tube rotating around the patient’s head. This technique results in bitewing-like views of the premolar and molar areas of the maxilla, mandible, and rami.

The primary benefit of extraoral bitewings is that they provide an alternative for patients that find intraoral bitewings uncomfortable. They are often the better option for patients with a strong gag reflex, have smaller mouths or limited jaw movement, are claustrophobic or have any anatomical conditions, such as a large mandibular torus, that would prevent them from accommodating an intraoral film or digital sensor.

Intraoral bitewings require exposing a patient to radiation four times in a single exam. Extraoral bitewings captured with a single panoramic X-ray exposure can reduce radiation exposure up to 40% for adults, and up to 30% for pediatric exams, creating a safer environment for both patients and staff alike while still delivering high quality diagnostic-quality results.

Intraoral bitewings are captured inside a patient’s mouth with multiple touchpoints throughout the practice, including manipulating the film or sensors, holders and positioners, and X-ray head as well as touching exposure controls and computer keyboards several times throughout the process. Further, inserting intraoral films and sensors into the patient’s oral cavity can stimulate saliva production, which may cause a patient to gag and cough, releasing saliva drops into the air. Since extraoral bitewings are captured extraorally in a single scan using a covered bitestick, risk of cross-contamination is significantly reduced.

In addition, extraoral bitewings are more efficient for both patients and staff, requiring less time for image positioning and capture. Instead of capturing four separate intraoral bitewing X-rays in a traditional bitewing exam, you can capture all the information in a single panoramic X-ray exposure with no extra film or sensor positioning required. You also eliminate the need to sterilize sensors, holders and other accessories, further streamlining practice workflows and processes.

The ADA defines a bitewing radiograph as an “interproximal view radiograph of the coronal portion of the tooth. A form of dental radiograph that may be taken with the long axis of the image oriented either horizontally or vertically, that reveals approximately the coronal halves of the maxillary and mandibular teeth and portions of the interdental alveolar septa on the same image.” Often, dentists or dental staff members refer to bitewings as the size of film, sensor or process used to capture bitewing images. However, from the CDT Code’s perspective, a [bitewing] radiograph is “the image captured after the procedure is performed; it does not refer to the armamentarium used to produce the image.”

It is important that you use D0251 only if the panoramic X-ray device produces two separate posterior radiographs, one for each side of the oral cavity. You must bill D0330 “panoramic radiographic image” if a standard panoramic X-ray exam is captured, and the software (or practitioner) segments it into “bitewing-like” sections or views.

If your office is interested in learning more about the benefits of extraoral bitewing imaging for your practice, but you are concerned about the cost, be sure to visit RenewDigital.com. Renew Digital is the leader in certified pre-owned dental X-ray machines, including panoramic, cephalometric and cone beam systems that are capable of producing extraoral bitewing images. With Renew Digital, dental and dental specialty practices can save up to 30-50% off the price of new systems. Plus, each purchase includes installation, training and a full replacement parts and onsite service warranty.

You can learn more about all of the used panoramic X-ray or dental cone beam machines that offer extraoral bitewings or get a list of available inventory and latest pricing by contacting Renew Digital online or by calling 888-246-5611.

How much Omega is in Salmon?

Memory Foam Pillow: Washable or not?