What Can You Save with a T8 LED Conversion? 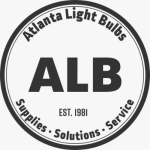 Perhaps you’ve heard all the buzz about LEDs in recent years, how they’re packed with benefits that can save you on utility bills, provide better lighting, last longer, and more. Or, perhaps you didn’t hear the buzz – because LEDs are silent, unlike their aging fluorescent counterparts. Maybe that’s why you’re here in the first place.

At any rate, there are plenty of ways to save with a T8 LED conversion, and the following are just a few of them.

Save Your Money!
First and foremost, switching over to LEDs from fluorescent lights, especially if you can do so with a minimum of changes (or none) to your lighting infrastructure, can save you money.

Fluorescent tube lights themselves are not cheap, and neither are LEDs, but one of the biggest draws of fluorescent bulbs is and has always been energy efficient. Despite their expense, they’ve been hailed as some of the most energy efficient and longest lasting lighting solutions out there.

That’s on the low end for LED light lights, which last significantly longer than 20,000 hours. It’s not entirely rare for an LED to outlast 50,000 hours, and some of the longest lasting LED lights can last nearly 100,000 hours.

Also, they’re not just longer lasting, which can save you money on conversion kits (not to mention the fact that you’ll only have to actually get LED tubes far less frequently than you’d have to replace the actual T8 bulbs themselves) but they’re energy efficient, too so you can save on utility bills.

Oh, and, in case you were wondering, T8 LED conversions generate less heat as a byproduct, so you can reap HVAC energy savings in the hotter months, too.

Save Your Efforts!
Some T8 LED conversion kits are easy to install, being perfect mates for the fixtures that once took fluorescent lights. Some of them are plug and play replacements that are ballast-compatible whereas others require a ballast bypass.

Save the Earth!
Alright, it’s a big claim that you’ll be saving the earth by switching to a T8 LED conversion, but just hear this out. First, LEDs consume less energy, so you’ll be generating less electricity to power your lights. That’s better for the earth.

Second, LEDs last longer, so you’ll be throwing out (or recycling) fewer, and on a less frequent basis, than if you continued using fluorescent lights.

Third, and most importantly, fluorescent lights contain mercury. LED lights do not, and moreover, most LEDs are made with entirely recyclable materials. When they do start to fail, you can recycle them easily and without worry – they’re not as harmful to the environment.

So, in a manner of speaking, they sort of do save the earth!

As you can see, you can save a whole heck of a lot with a T8 LED conversion, provided you choose one that works with your current lighting infrastructure. You don’t even need to be a lighting expert to figure that out – just contact the experts at Atlanta Light Bulbs and they’ll do all the heavy lifting.

Set the goal of saving money, time, and energy, and then check out AtlantaLightBulbs.com or give them a call at 1-988-888-2852 if you need additional assistance and they’ll be glad to help. You’re on your way!

Why you go for a dhow cruise in Dubai?

To Get Rid of ED, Eat These Vegetables!