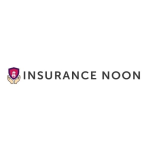 What are the specialties of early foreclosure?

In accordance with the provisions of article 693 of the LEC, when a part of the principal of the loan or interest ceases to be paid, the payment of which must be made in installments, if at least three monthly installments expire without the debtor fulfilling his payment obligation or a number of installments such that it supposes that the debtor has breached his obligation for a term at least equivalent to three months, the creditor may avail himself of the particularities of the execution of mortgaged or pledged assets, provided for in Chapter V of Book III of the Civil prosecution law provided that such circumstance has been recorded by the Notary in the articles of incorporation and by the Registrar in the corresponding seat. If for the payment of any of the capital or interest terms it is necessary to dispose of the mortgaged asset, and other terms of the obligation still remain to expire, the sale will be verified and the property will be transferred to the buyer with the mortgage corresponding to the part of the credit that is not satisfied.

The provisions of this article must be put in relation to the content of article 24 of  Law 5/2019, of March 15 ,  by which our legislator establishes that  the early expiration of real estate credit contracts can only take place when the non-payment of installments equivalent to certain terms or percentages of the loan occurs and sets requirements and information obligations on the part of the borrower.

The default of the debtor must be sufficiently significant in view of the contracted loan and for this it requires the concurrent fulfillment of the following requirements:

1º  Default of the borrower of a part of the capital or interest and that the amount of the unpaid overdue installments equals:

a)  At 3%  of the amount of the capital granted, if the default occurs within the  first half of the duration of the loan.  It adds that this requirement will be considered fulfilled when the overdue and unpaid installments are equivalent to the non-payment of twelve monthly installments or a number of installments such that it supposes that the debtor has breached its obligation for a period of at least twelve months.

b) At 7%  of the amount of the capital granted, if the default occurs within the second half of the duration of the loan. In this case, this requirement will be considered fulfilled when the overdue and unsatisfied installments are equivalent to the non-payment of fifteen monthly installments or a number of installments such that it supposes that the debtor has breached their obligation for a period of at least fifteen months.

2º  The lender must require the borrower to pay and grant him one month for compliance, with the warning that if the payment is not met, he will claim the total amount owed on the loan.

Consequently, we find that section 2 of article 693 of the LEC has been modified and has been drafted as follows:

“The totality of the amount owed for capital and interest may be claimed in the terms in which it had been agreed in the deed of incorporation and recorded in the respective entry. Provided that it is a loan or credit concluded by a natural person and that is guaranteed by a home mortgage or whose purpose is the acquisition of real estate for residential use, the provisions of article 24 of Law 5/2019, regulating real estate credit contracts and, where appropriate, the Article 129 bis of the Mortgage Law “.

Until this new regulation, which came into effect on June 16, 2019, the Supreme Court had been admitting the validity of these clauses. For example,  STS No. 506/2008, of June 4, 2008, ECLI: ES: TS: 2008: 2599  defended this clause under the principle of autonomy of the will when there was just cause for it, that is, when there was a true and manifest abandonment of the obligations of an essential nature “such as, certainly, the breach by the borrower of the obligation to pay the repayment installments of a loan.”

The famous ruling issued by the  CJEU No. C-415/11, of March 14, 2013,  established that the professional’s power to give up the entire loan early depended on the consumer having breached an essential obligation , provided that this faculty meets the following parameters:

1) it was foreseen for cases in which the default was serious enough with respect to the duration and amount of the loan;

2) constitutes an exception with respect to the applicable norms in the matter;

3) National law provides adequate and effective means that allow the consumer subject to the application of this clause to remedy the effects of the early maturity of the loan.

From that European decision, the Spanish legislator became aware of the need to reform the existing regime and approved Law 1/2013, of May 4, on measures to strengthen the protection of mortgage debtors, debt restructuring and social rent, that modified article 693.2  ; LEC , to require at least the breach of three monthly installments or a number of installments such that it would suppose that the debtor had breached his obligation for a period equivalent to three months provided that this agreement was recorded in the deed and entry respective, (previously with an unpaid installment came to demand the breach).

Subsequently, the CJEU in ruling No. C-421/14, of January 26, 2017, established that the judges could declare an early expiration clause unfair if it meant the possibility of agreeing to it in the event of any non-payment (not respecting, for Therefore, article 693.2  ; LEC ) although in practice the credit institution had not applied it.

To answer this question, the STJUE agrees the following:

-That it is up to the national court to determine whether the elimination of the abusive early maturity clauses would have the consequence that the mortgage loan contracts cannot survive.

-That Directive 93/13 does not prevent the national court from remedying the nullity of the abusive clause by substituting it for the supplementary national law, provided that the loan contract in question cannot survive in the event of deletion of the abusive clause and the cancellation of the contract as a whole exposes the consumer to especially harmful consequences.

It should be borne in mind that the new regime is also applicable to contracts prior to the entry into force of the Law,  if they include early expiration clauses and this occurs after its entry into force, unless the debtor alleges that the The foresight it contains is more favorable to him.

On September 11, 2019, the Supreme Court, through its Civil Chamber, issued judgment No. 463/2019, in which this judgment of the CJEU of March 26, 2019 applies, on the effects derived from the nullity of the early expiration clauses.

However, the High Court considers it more logical, after the entry into force of the Law 5/2019, of March 15  (LCCI),  take into account this new mandatory rule more beneficial for the consumer, so it decides the following:

1º The processes in which the mortgage (mortgage loan) gave up before the entry into force of the Law 1/2013, of May 14 ,  for having applied a null contractual clause, are dismissed without further processing.

2º In the processes that, after the entry into force of the Law 1/2013, of May 14 ,  in which the loan was executed, are dismissed if the defaults of the mortgage installments are less than 12 months, as established by the new regulations in the Law 5/2019, of March 15 .

3º If the non-payment of installments is greater than 12 months, the foreclosure procedure (eviction) may continue.

It is also important to note that the Supreme Court warns that the dismissal orders issued based on the foregoing will not have res judicata effect with respect to a new executive claim that the bank may present, based on the Law 5/2019, of March 15 .

Finally, and in accordance with the provisions of the third section of article 693 of the LEC, it should be noted that, in these cases, the creditor may request that, without prejudice to the execution being dispatched for the totality of the debt, notify the debtor that, before the auction closes, he may release the asset by consigning the exact amount due for principal and interest on the date of filing the claim, increased, where appropriate, with the expiration of the loan and default interest that is produced throughout the procedure and is unpaid in whole or in part. For these purposes, the creditor may request that it proceed in accordance with the provisions of section 2 of article 578.

If the mortgaged property were the habitual residence, the debtor may, even without the consent of the creditor, release the property by consigning the amounts expressed in the previous paragraph.

Once an asset has been released for the first time, it may be released on second or subsequent occasion provided that, at least, there are three years between the date of release and that of the judicial or extrajudicial payment request made by the creditor.

If the debtor makes the payment under the conditions set forth in the preceding paragraphs, the costs will be assessed, which will be calculated on the amount of the arrears paid, with the limit provided for in article 575.1 bis and, once these have been satisfied, the Lawyer The Administration of Justice shall issue a decree releasing the property and declaring the procedure finished. The same will be agreed upon when the payment is made by a third party with the consent of the performer.

What about default interest?

Through  Law 5/2019, of March 15, regulating real estate credit contracts, the previous regime of late payment interest is replaced, in which only a maximum limit was established to quantify them, by a clear criterion and fixed for its determination provided for in article 25 of the aforementioned Law.

In this way,  entities may only apply as default interest, the remuneration interest plus three percentage points throughout the period in which it is payable and may only accrue on the principal due and pending payment, and cannot be capitalized in no case, except in the case provided for in article  579.2 .a) of the  Civil Procedure Law.

Disney Plus spreads to 8 more countries

Disney Plus spreads to 8 more countries